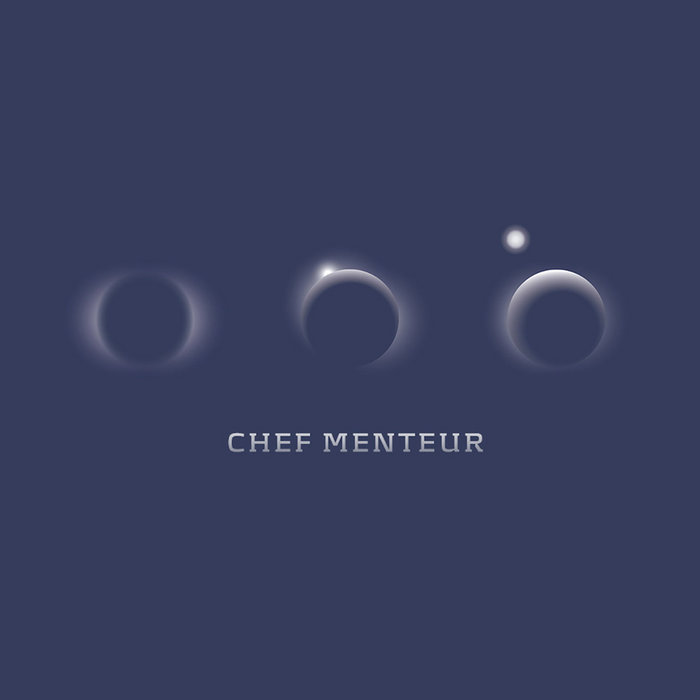 “ … ‘III’ is probably the best way to experience the protean New Orleans instrumental outfit Chef Menteur. Their sound, other than a consistent commitment to patience, scale, and noise, can be hard to pin down, but after you’ve made your way through all three discs here you at least have a sense of their scope. … riches abound on all three efforts, and together they make for a hell of a survey.”—Dusted Magazine

“The music differs from hard-rocking sonic assaults through ambient, atmospheric soundscapes to minimal, experimental and sometimes electronic experiments, and it can all happen even within one track. There's stuff to like for post rock fans, prog maniacs, space heads as well as those who dig modern indie rock. No matter if your favourite band is Radiohead, Lumerians or GSY!BE, you will enjoy this.”—DJ Astro/Astral Plane

“…It's heavy; it's Psychedelic; it drones and it's trippy. 'III' also sounds like one whole piece and not a set of separately released works. There's so many fascinating strands to catch, you'll finding yourselves wanting to hear it over and over again; it really is fantastic stuff.”—Atom Heart Mutha

“I know, I know, never judge a book by its cover, but I couldn't help it. Hats off to Sunrise Ocean Bender, the label behind bringing together three Chef Menteur albums (East Of The Sun & West Of The Moon, Force Majeure and North Of Tomorrow & South Of Yesterday) and packaging them in an irresistibly beautiful three panel fold out digi-pack, adding stunning imagery and doing likewise on the three discs themselves. … Chef Menteur manage to make you a believer in their ever stretching, ever reaching world. Yes, you do need patience to knock down walls which initially feel dauntingly high and impenetrably thick but once you do, they'll come a-tumbling to reveal everything from sun kissed vistas to dank, dark despair.”–Sea of Tranquility

“ … music that stretches far beyond the names. Taking in this band’s sounds is an act of giving yourself over to a kaleidoscope of rock, psychedelia, jazz, noise, bhangra, African rhythms and other sounds and letting it all wash through your being. Whether it’s via East-West’s and North-South’s more cosmic leanings or Majeure’s compact rock, one thing is clear: III is a great opportunity to give in to Chef Menteur.”—Antigravity Magazine

“ … various sonic strains held together by a thread of cosmic psychedelia … essential listening for all you psychedelic space phreaks out there.”—Aquarius Records on ‘East of the Sun & West of the Moon’

“The name of this New Orleans-based band may have “lying chief” as its meaning, but the music is the real thing as far as I’m concerned. Psychedelic fans are in for a bliss-out with this one–there are some epic-length numbers on here, as well as shorter bursts of goodness featuring guitars, drums, Farfisa organ, sounds of rain, thunder, subways, horns and flutes. This is predominantly psych-sounding, but there are occasional elements of country, space-out, and a sample or two. Dig in anywhere and prepare to be impressed.”—KFJC on ‘East of the Sun & West of the Moon’

“The music's a revelation for fans of freak-folk and doom metal as well as psych aficionados, drawing on all the usual Euro suspects, from '70s Krauts to more recent developments like Motorpsycho, but with strong elements of ambient electronica bumping up against the droning organs and squalling feedback guitars. The proggy folk dance "Il obstrue ma vue de Venus" contrasts delicate acoustic interludes with crushingly heavy bass and drum-driven sections, while "Terpsichore" hits like a Saucerful of Secrets outtake. The album's tour de force is the 11-minute "Oxen of the Sun," which starts out powerfully hypnotic and then accelerates, creating a sense of reckless forward motion. Or try the 19-minute "Ganymede," a fitting title for a track that unfolds as slowly and majestically as a moonrise over Jupiter. Like only the best psychedelia, East of the Sun creates an alternate universe you wouldn't mind inhabiting.”—The Stash Dauber

‘… much of what you might expect from a band that once named an album for an obscure Thomas Pynchon plot point: it’s dense, layered, ambient psychedelic rock using guitar, Farfisa organ and plenty of found sounds.’—The Times-Picayune on ‘East of the Sun & West of the Moon’

“ … it’s another stunner. The opener is a hushed drift, all abstract Appalachia, wheezing harmonica, muted chordal thrum, sculpted feedback, like the prettiest Sunroof! track ever, a sort of spaced out raga, pulled apart into something even more ethereal and abstract, gorgeous and meditative and dreamlike. We figured that maybe the band had shifted their sound, and embraced their lighter, more ethereal side, but then in swoops the second track, with a rapid fire rhythmic melody, some almost funky bass, and some swirling electronics, quickly building into a sort of psych-funk that reminds us a lot of Swedish outfit Goat, which is definitely not a bad thing. As the song unwinds, the sound expands, adding more and more layers, extra instrumentation, eventually getting pretty dang heavy, with some swirling organ, building to a fierce finale.

“Death Wraith 2000” is a much darker and heavier beast, sounding like something on Cardinal Fuzz, murky riffage, swirling psychedelia, pounding drums, the sound shifting from dark and tribal, to wild and noisy and seriously freaked out. The rest of the tape finishes off two more heavy psych groovers, the first a lush, slow building Godspeed style space rocker, with gorgeous long stretches of moody minimalism, between the more in-the-red bombast, while the second and final track, brings the organ back in, things get droned out and trancey, a little bit noisy, a sort of garage prog that eventually mutates into a gorgeous stretch of soft noise, before one final blast of psychedelic space rock crush … ”—Aquarius Records on ‘Force Majeure‘